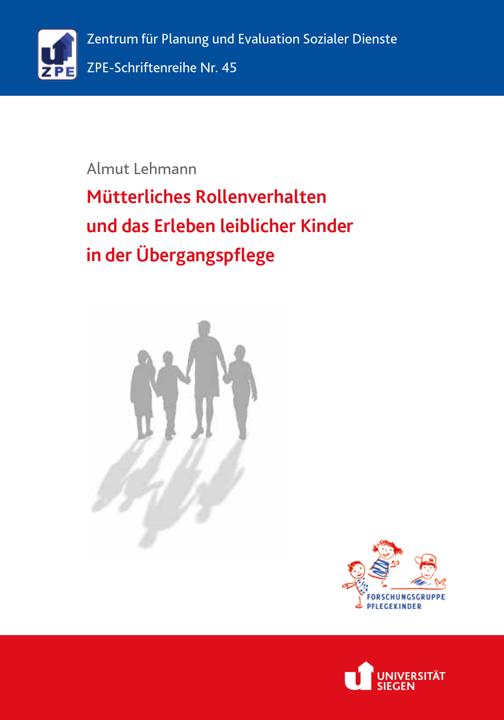 In Germany, increasing numbers of children are taken into care by local

authorities and youth services, and this leads to a rise in placements in

either children’s homes or in emergency and short-term foster settings.

code). There are high demands on short-term foster families, in that they

represent a dynamic, highly complex element within the care system

provided by the state’s children services. In addition, these families often

have their own biological children to look after, and the care of children

in crisis or in emergency situations is added to this pre-existing responsibility.

short-term foster families. This group was selected because, like their

parents, they experience a high turnover of foster children in their family.

their situation. Also, only a very small number of studies so far have investigated

the biological children’s experiences of growing-up in a foster

research paradigm and on the Grounded Theory methodology

developed by Strauss & Corbin . The subjects were identified through

theoretical and selective sampling, and the research data were generated

through in-depth interviews using these qualitative data, it was possible

to reconstruct the biological children’s experiences of growing up in

a short-term foster family, as well as the strategies they developed for

coping with this situation, and the support they received in the process.

unique to the context of short-term fostering. The majority of the biological

children tended to feel overlooked by their parents, who were often

struggling to cope with the challenging behaviours and problems of their

foster children. In all of the included cases, the mother was the main carer.

towards her biological children, compared to her behaviours towards her

foster children, determined her own children’s experiences and perceptions

of growing up in a short-term foster family. The results of this study

children the same, were at risk of feeling alienated. In contrast, mothers

mother) appeared to better support their biological children in