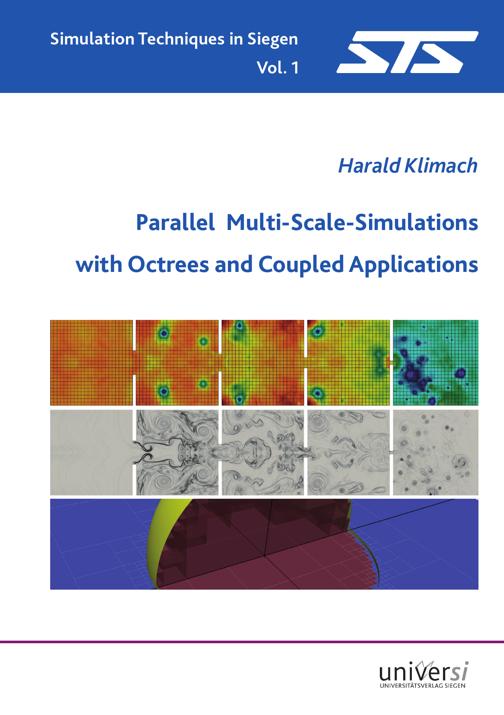 Physical simulations often require the consideration of many phenomena

and scales. For example in aeroacoustic problems, both, the flow generating

the noise and the sound wave propagation needs to be considered. This work

investigates numerical approaches to such problems on large distributed and

discretizations, as these allow for accurate simulations with less degrees of

is an important feature for modern supercomputing systems, as memory

to represent degrees of freedom in a simulation is a scarce resource. The

presented methods enable the transient simulation of multi-scale setups but

to address this need. Besides the scalability of the implementations, the

importance of single core optimization and vectorization is illustrated.

between domains with differing discretizations and solved equation

systems. Arbitrary mesh configurations are supported and both, structured

and unstructured mesh solvers are available in the framework. In both framworks

explicit time integration methods are deployed to resolve the time

over the participating domains by a sub-cycling method. Various conservation

equations. A fully distributed coupling approach is developed that allows

for coupling of those in a large-scale simulation to solve, for example, aeroacoustic problems.

APES enables high-order discretizations in the spectral regime. It involves

a fully scalable toolchain for mesh-based simulations featuring a mesh

generation and a post-processing tool to support the solvers. The common

foundation of these tools is an Octree representation for the mesh, and

this work specifically covers the generation of high-order geometry approximations in the developed mesh generator Seeder. This robust mechanism works for arbitrarily complex surfaces and offers a practical way to tackle